Thank you for warming our hearts for the holidays!

What makes you think of the holidays?

For me, it’s the smell of pancakes, the sound of giggles, and the pitter-patter of small feet. Whatever it is that brings 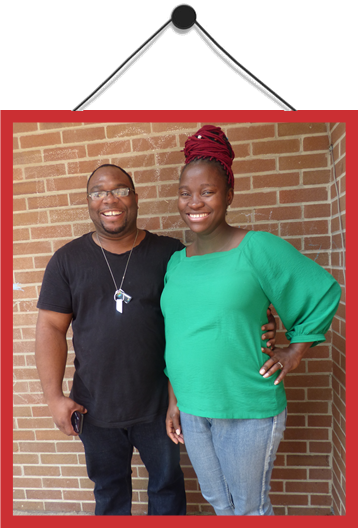 you joy this time of year, I know we have at least one thing in common: helping homeless families.

Part of what I love about serving on Haven House’s Board of Directors is that, like you, I get to be a part of families’ success in finding homes. James and Prudence’s family is one of those we’ve helped together. I’m writing you today to tell you about them, and to ask for your help.

I cooked pancakes for dinner recently at Haven House. When I heard giggling and kids playing with blocks, I decided to poke my head out of the kitchen. Looking around the dining room, I saw moms, dads, and little kids that reminded me of my two sons when they were young. You might expect homeless families to look stressed or panicked. I imagined I would be, if I were in their shoes, struggling to find a home for my family.

However, what I saw on the parents’ faces were not expressions of stress or panic. They looked relaxed and relieved; though of course a bit tired (those kids have a lot of energy). The families in shelter that night found help at Haven House thanks to people like you. They were no longer spending the day worrying about where they might stay that night, but were instead focused on their future goals and finding a home of their own.

James, Prudence, and their three young children received shelter at Haven House earlier this year, and now live in a home of their own.

During a recent visit with Haven House staff to discuss what helped them successfully find housing, James said that they continue to structure their days as they did when they were staying in shelter - they learned to set daily goals while at Haven House, and they continue to do so now.

James explained the importance of setting daily goals, saying, “We continue goal setting beyond Haven House.” One of those future goals is for both James and Prudence to go back to school within two years.

You can bring feelings of comfort, warmth, and relief to families throughout the year. Even though it is cold outside, your gift ensures that moms, dads, and kids who were once homeless find warmth inside a home of their own.
James, Prudence, and their three kids, Gabriel,Vivian, and Michael, came to Haven House after they were evicted from their home. They were able to stay with James’ siblings short-term, but the home quickly became too crowded. Their family had nowhere to go. They knew they needed to find something permanent.

Prudence had never stayed at a shelter and was nervous. James had memories of staying at Haven House as a teenager, when we were the only local resource that could provide shelter and other assistance for a homeless family with a teenage boy. He remembered receiving help and support during his time here. Still, both parents were desperate and uncertain: Would the kids feel secure? Would they be able to stay together? Would there be a place for the kids to play? James explained to us, “It was hard to come [to Haven House], but knowing I had a family made
coming here even easier.  It kept us from being outside.”

James and Prudence were nervous to come to a shelter because they did not know what to expect. But, when they got a call from one of our volunteers welcoming them into shelter, they knew this was their chance to keep their family warm and receive assistance finding a new home. When they arrived at Haven House, their fears began to fade away as they were taken on a tour by one of our staff members. They saw the playroom filled with play kitchens and books, met the friendly volunteers who were cooking dinner, and learned about setting daily goals.

The very next day, James, Prudence, and their three young kids got on the bus to apply for jobs and housing as a family and continued to do so each day. They took two or three busses each morning, traveling over an hour with a stroller and three little ones in tow, to apply for jobs. When they returned that first night, Vivian and Michael were in a stroller, and Gabriel was running along behind. After their eight hour day of being on their best behavior as their parents applied for jobs, the kids returned with huge smiles on their faces, excited to blow off some steam in the playroom.
After about a week of applying to jobs every day, James found one. James had a plan for his family and thought they would quickly find housing after his job was secured. They soon found what appeared to be a good rental option, but unfortunately their application was denied for having a prior eviction. A few days later they ran into the same issue at another apartment complex 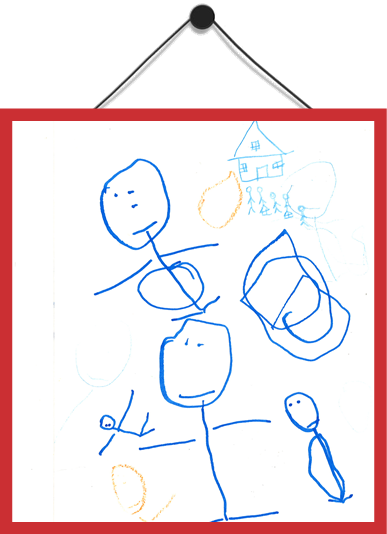 . They continued to seek housing again, and again each day while accumulating a small amount of savings.

Despite their set-backs, James and Prudence never gave up. They continued to set goals each day and were committed to finding a home for their family. They saw other Haven House families finding housing each week, which gave them hope even when it seemed like their housing search was dragging on. Finally James and Prudence found an available unit with a local landlord who was willing to work with them. They had found a home of their own!

James, Prudence, and their kids love their home. Prudence told us she feels, “A lot better and relieved knowing we have a place that is ours.”

Having experienced the ups and downs of searching for housing, James wants to tell current Haven House families, “utilize every resource while you’re here, and stay connected.”

Last year around the holidays, James and Prudence were distressed about where their family would live in the new year. Now, thanks to people like you they have the comfort and warmth of a home of their own. They are especially excited to be home having just welcoming their new baby, Ella. They found out their   family would be growing right after they moved into their house. Knowing they would be able to bring the new baby home to a permanent home made the news even more exciting. As they start a new chapter in their life with Ella, they are excited to have a stable place to hang their memories.

You make it possible for families to experience the feelings of warmth and coziness that the holidays bring.

As you warm your home this season, will you consider giving $35 to provide shelter and support to homeless families in the coming year? Right now, families just like James and Prudence’s are wondering where they will sleep tonight. Your support gives families a place to stay when they have nowhere else to go. Your gift also provides families with structure and support as they find a permanent home.

You make a difference in the lives of kids and families. I hope that knowing this fills your holiday season with warmth, comfort, and peace.

Sincerely,
Stacy A. Hickox
President, Haven House Board of Directors